A Centuries Old Favourite: The Chatterbox 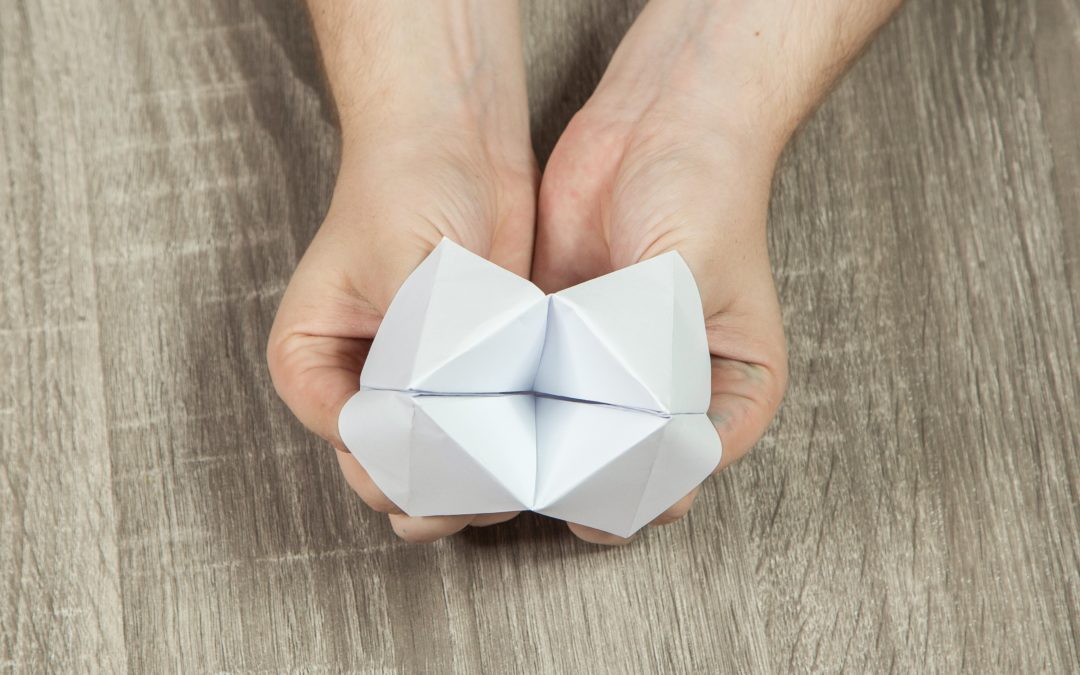 Ahh, the chatterbox! In an existence where screens are taking over as entertainment, it’s nice to reflect on such a playground favourite. They were the perfect way to pass time at school, before getting into trouble for giggling at the back of class. Childhood wouldn’t have been the same without them. All it took was a pencil and a piece of paper folded with the utmost precision, but most likely torn straight from an exercise book.

This paper-folding activity is also known as a form of origami, from the Japanese words “oru” (to fold) and “kami” (paper). Yet the chatterbox is now played all over the world, with different names in each country, such as the “flip flapper” in Denmark. But where did the chatterbox come from? 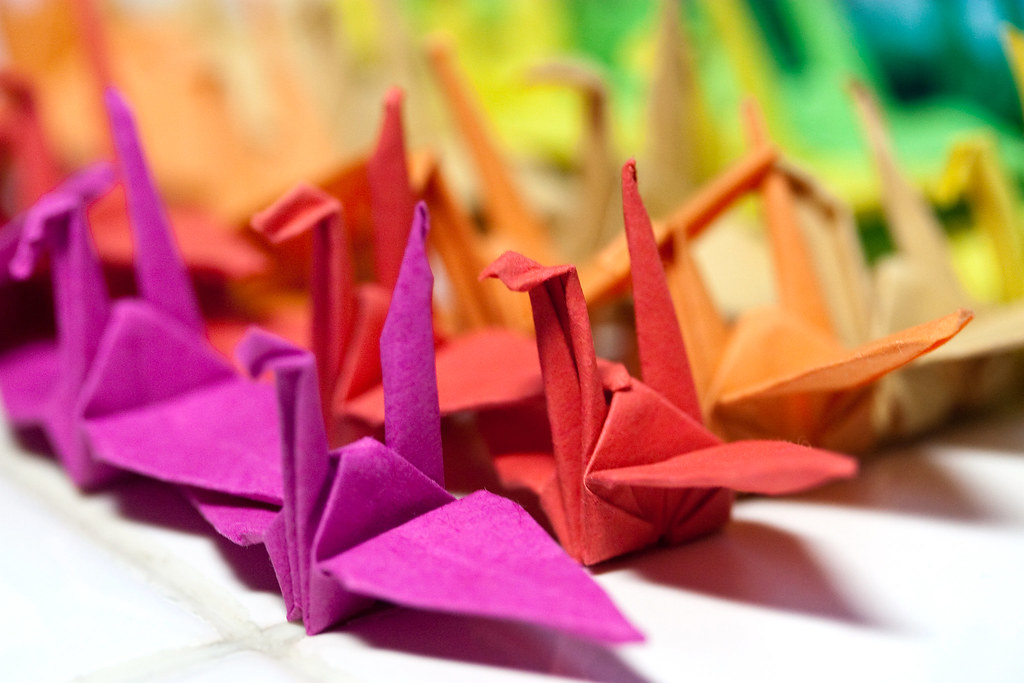 The Evolution of the Chatterbox

The chatterbox has gone through a few changes to get to what it is now. From salt cellar to fortune teller, there’s been quite the evolution. Yet its physical structure has always been the same.

The chatterbox was originally introduced to the Western world in an origami book in 1928. It debuted as a “salt cellar”. Yep! When standing on a table, the pockets where your fingers would usually go were made to hold salt. But they can also be used to hold eggs, or more exciting things like small snacks – hey, I just said what you were thinking.

Did someone say cooties?! If that doesn’t bring back playground memories of being temporarily teased by your friends, then I don’t know what does! “Cootie” apparently comes from the Malay work “kutu” which means “dog tick”. But it also comes from the British definition of being infested with lice, as coots (waterfowl) were believed to be covered in them. The term was also later used by the military in World War I when soldiers were ravaged by body lice.

The use of the chatterbox as paper fortune tellers date back to school playgrounds in England, in the 1950s. Since then it’s been used as a fun way to ask and answer questions like “will I become a millionaire?” It’s up to the creator to decide on the answers, or the question that must be asked. Some sneaky fortunes I remember using are “you’ll have 5 houses” (HAH! I wish!) or “you’ll marry a goat” (I was so funny).

How to use it

Look we’re all friends here, it’s okay to admit that you may have forgotten how to use one. It’s probably been a while since you’ve played with one, let alone made one! But guess what? You’re not alone. So, here’s a little refresher on how to fold and use it – your kids will love you for it!

If you’re a visual person like me, then this video will probably help. 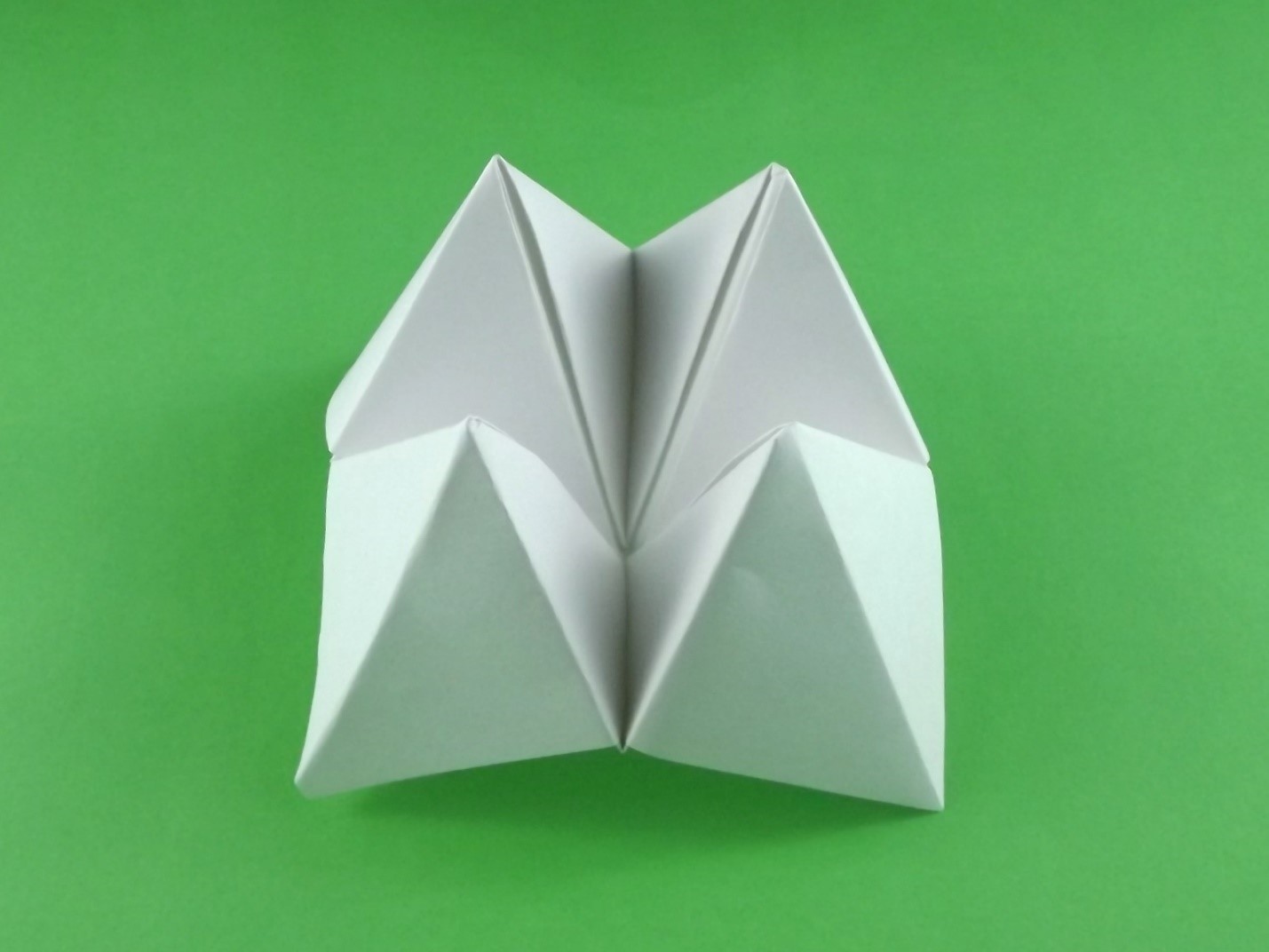 I think it’s a given that the chatterbox isn’t used to rid people of lice these days, I mean we have expensive products for that now – please don’t remind me.

You can write yes, no, maybe, spooky or funny messages, or even dares inside. It’s completely up to you! If you want to use it as a fortune teller, ask it a question before playing the game, and make sure the answers inside will work for that question. 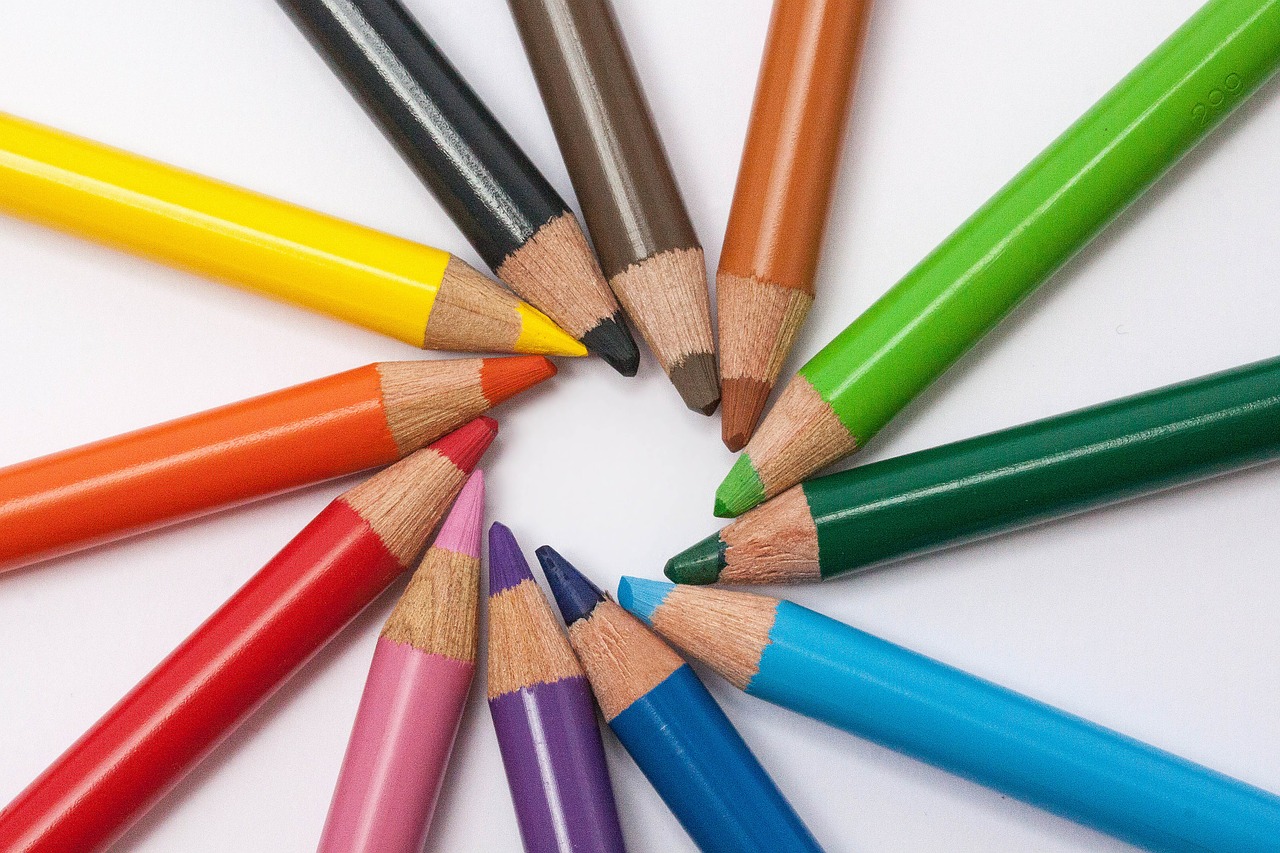 No matter what you choose to call it, the chatterbox is a fun activity that can provide endless giggles. It’s versatility also allows children to be creative, with what they write and the way they decorate it.

In honour of the chatterbox, we’ve created our own that you can print out to play with your kids! It’s filled with fun questions for both you the parent, and the kids. It’s also the perfect activity to strike up an exciting conversation!

Follow the fun and join the KidsWantU community to receive yours, and find out how to get early access to our app launching in December. Or, help your kids create and decorate their own chatterbox – the opportunities are endless.