Still recovering from the 2017 #SCFemFounders Mission!

2017 was a big year of travel for me across Tokyo, Austin Texas, Hong Kong and London. These ramblings are about my week in London with 10 other women as part of the inaugural Startup Catalyst Female Founders London Mission where I was supported to attend by Advance Queensland.

Some of us arrived the day before our official start and met up at the closest pub. By home-time that (very late) evening I knew I was in the right place with a bunch of fantastic women! Dinners and a night-cap somewhere then became the norm to unofficially debrief each day. Yes, I did say this mission was across just one week. 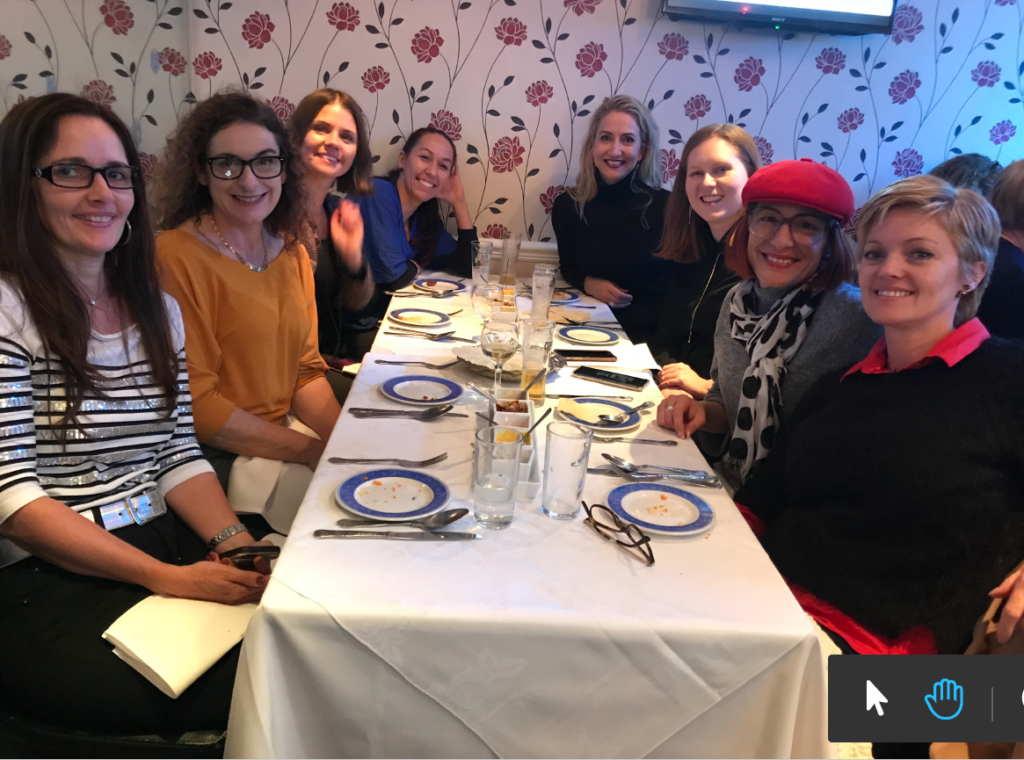 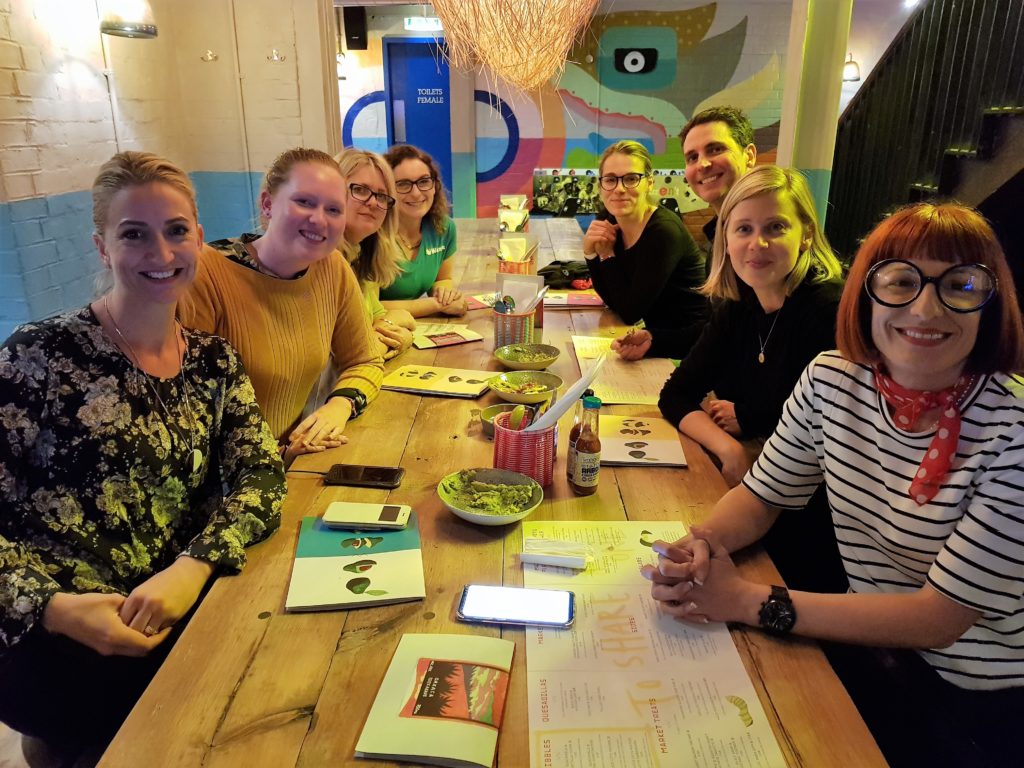 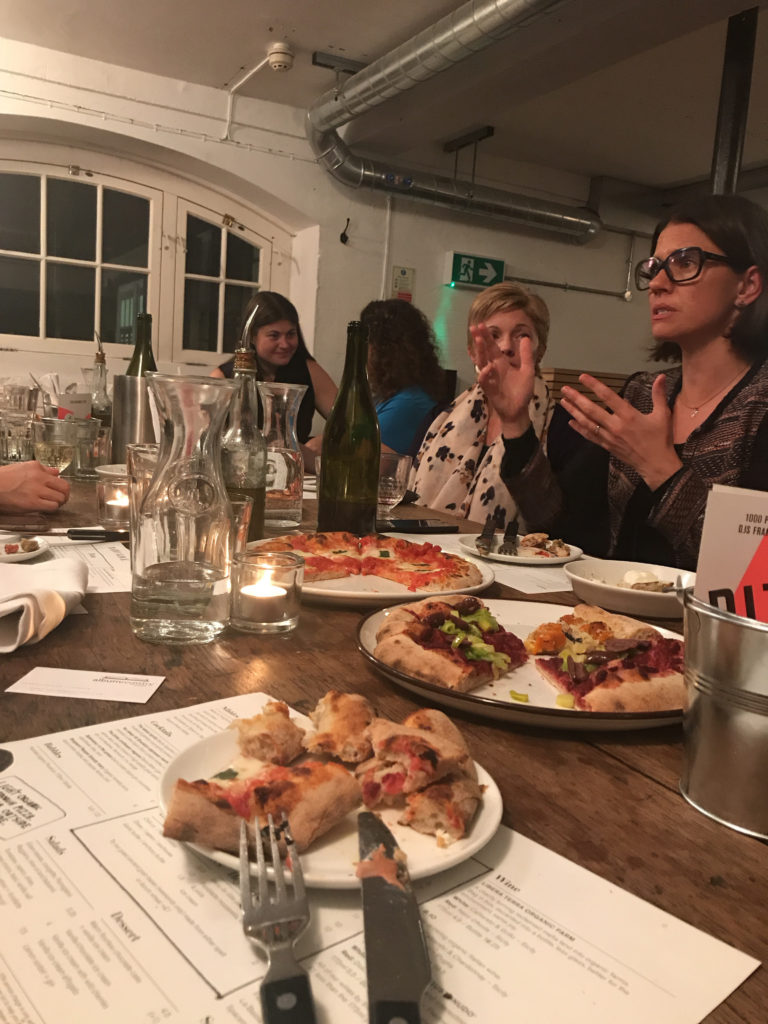 On the official Day One we met the rest of the crew and paired up with a “buddy” for the week (whoever you happened to be next to at the time – the best way to pick a great mate!). Moving in a pack across busy London is easier if you only need to keep an eye out for one person.

We were skilfully and admirably led by Peta Ellis who was awarded the 2017 National Techboard Community Prize whilst we were in London. In true Startup Catalyst style, Peta checked on everyone throughout and kept us individually on track.

Our personal home-brand Siri, Eleanor Carey literally did keep us on track: on trains and ancient laneways, from missing turns because we were too busy talking to each other, and navigating through huge buildings with inconsistent GPS signal. 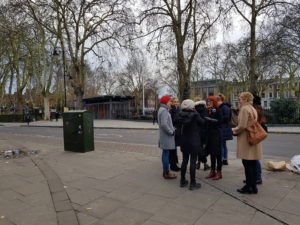 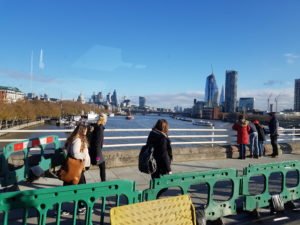 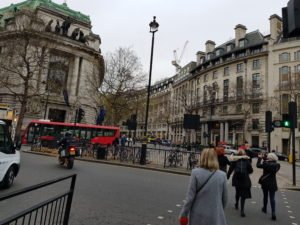 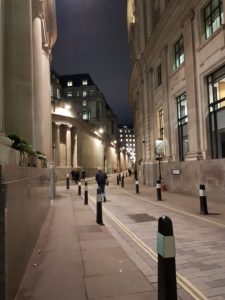 The other women in our cohort were some of the nicest, most genuine and bloody funny people I have ever met. We came from 3 different states, a mix of city and regional areas, and as diverse backgrounds and personalities as you could imagine.

I crafted a “just-because” greeting card for the cohort after the trip with the cover featuring the worst photo I could find of each of us. That’s because this mission wasn’t a glorified, “get dressed up and take on the city” trip. This trip was a “determine what each of us need and want, then make that happen” expedition.

I was tempted to share the collective images here but decided it was more important to keep my newfound friends on side. There were lots of stories, but what happens in The BitchPitch Pty as we’ve now self-labelled stays there. These icons from the inside of my card reference just some of the in-jokes and important parts of our adventure.

What, Where and Who

Being based in arty hipster Shoreditch where many of London’s Startups work from, didn’t mean we stayed local. There were too many train trips to keep count of and the walking we did easily substituted as exercise.

That was good because I left my gym clothes in the suitcase untouched for my round trip, except for once substituting as thermals. The same thing happened on my last OS trip.

Sometimes the wait to get through the Tube ticket barriers meant it was easier to walk to our next destination, even though it was cold!

We visited lots of innovation and co-working spaces including some big names like; Virgin Startups, RocketSpace, Facebook, Plexel and Campus London. Peta’s blog gives a great alternative run-down of our mission.

My highlight presentations were:

Leanne Kemp, Founder and CEO of Everledger because she does whatever it takes to progress her fast-growing business and after just one hour we could all intrinsically relate to her.

Julian Sawyer, COO at Starling Bank, possibly the most amazing bank in the world! Take note all Australian Banks who are still playing around the edges of technology compared to Starling.

Sarah Drinkwater who heads up Campus London, Google’sseven-storey space for entrepreneurs. Sarah might not be as old as me, but I want to be just like her when I grow up.

An orderly exit from a seated event in a record 3 minutes!

There were no downsides on our trip, but sometimes our frenetically busy schedule caught up with waning energy levels, boredom thresholds and hunger. Here’s an example recorded in a live Slack transcript (names hidden to protect the innocent)

[5:55 AM] “External Observer in Qld being entertained at breakfast time”

Even with so much going on, this was the one and only time we left an event (slightly) earlier than planned.

The London Underground can teach you about business! Travelling on the tube is a good reminder of the cultural differences between Australia & the UK. 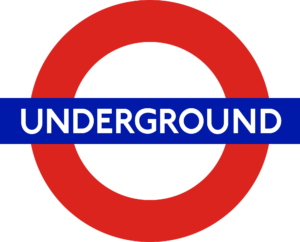 At a recent mission debrief panel event we hosted at FS101, Aaron Birkby, CEO of Startup Catalyst talked about an ad board for the dating site RSVP at an Aussie airport. The ad featured a young hipster type, yet when in the London on the tube he spotted another RSVP ad, but this time featuring a dapper type. Same business, different country – different audience.

This was a tip I picked up from some great Aussie ex-pats we met in London. We might speak the same language, but there ARE cultural differences and you need to factor them in.

The UK government has some excellent initiatives to draw Aussie businesses to the UK, and a big impetus is to create jobs there. Hiring or working with locals is essential not only to integrate your business but to best understand your audience and maximise success.

I regularly check on the competitive landscape for Wantu and the Tube provided a reminder of how important this is. I saw many ads for different apps and services, some similar to Aussies Startups which are developing here from scratch. The Tube was telling us that to go global from Australia, you need to know what’s happening elsewhere and to adjust as needed. Know your overseas competition! 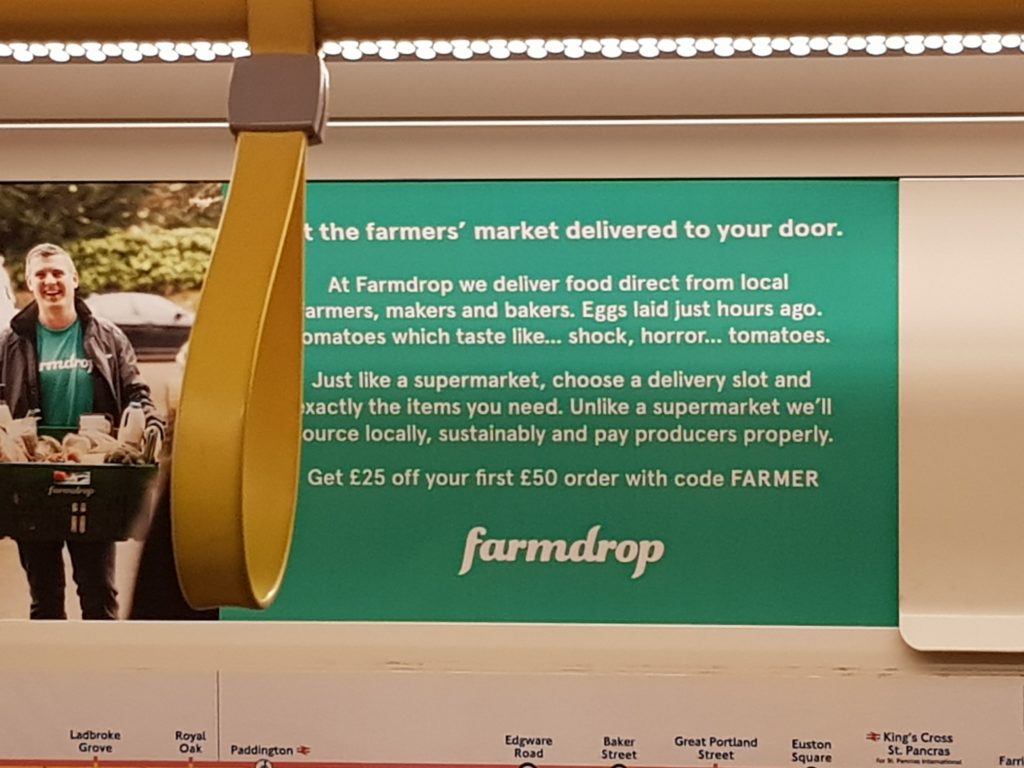 Put eleven Aussie women on a train carriage in London and the mood changes. We were on fire; seeing new things, learning and meeting great people. We were also on the move a LOT, so when we jumped on a train it was a rare chance for us to catch up together as a group.

We were so focused on what we were doing and sharing, it took us a couple of days to realise there is an unwritten etiquette to travelling on the London tube. It is quiet. People read their newspapers, listen to music or use their phones, they do not chat at Aussie noise levels and they do certainly not laugh raucously and often. That explained the few frowns directed our way, although from the smiles I spotted, most didn’t really mind the strange in-house entertainment.

One week on a Startup Catalyst Mission is like a month at home. I work hard here in Australia and that often means long hours yet I’m still effective most of the time. It was the same in London, except I managed to fit about double (the workload) into those same hours!

To complicate matters I was midway through a 3-week National Accelerator Bootcamp, was supposed to prepare for an hour-long webinar for my return and was managing my workplace from afar. 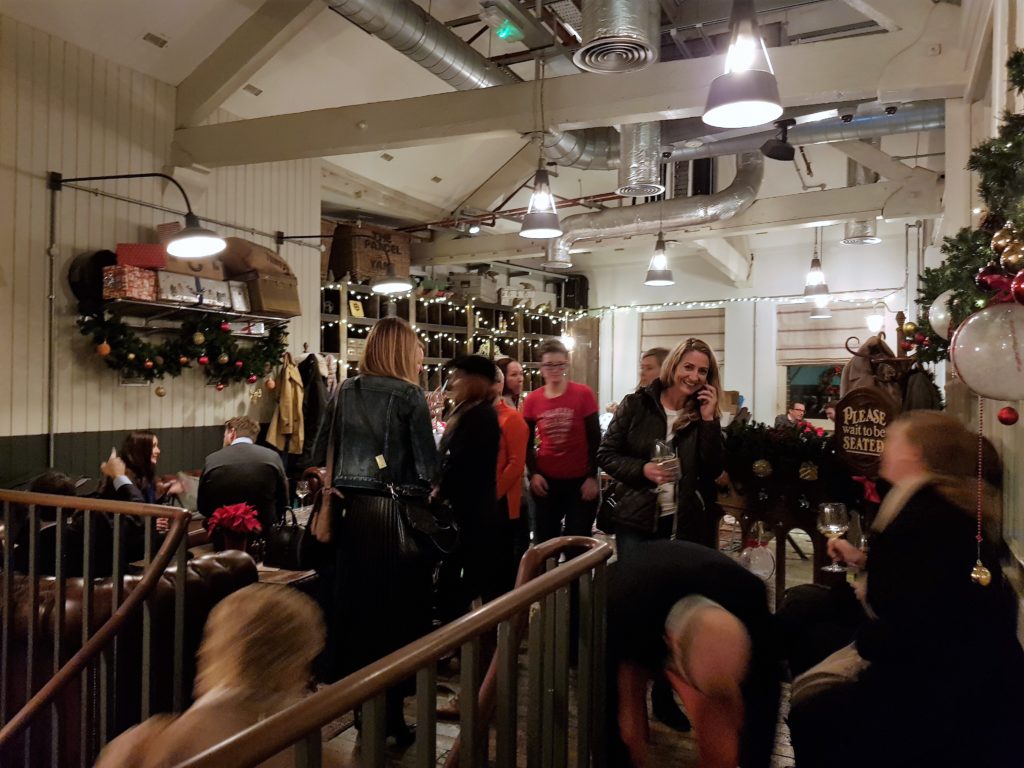 One night about 1 am London time I fell asleep mid-conference call with Australia, fortunately out of the vision of the camera. I woke with a stark reminder that I was not maximising what the Mission had to offer if I was not getting enough sleep.

I ended up withdrawing from the (excellent, but no longer the right for me) accelerator opportunity, winging my webinar and nothing fell apart back at work. If I did it over again, my full focus would be on the Mission.

The main event for the mission was the people who I traipsed across London with through 15-20,000 steps a day! Community is important, and I believe you can always achieve more with; support, team and people who help you believe in yourself. That’s why this blog is not a business trip summary, but about 11 awesome females. 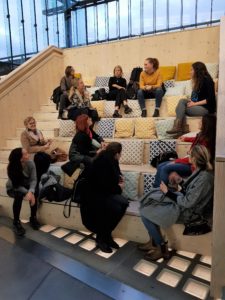 We saw many cool spaces, consumed some great food and lots of drinks, yet the photos here are of what matters most – some amazing entrepreneurs, who just happen to be women. When we weren’t together we were on our “random subject” Slack channel for insomnia chat, discussions on how to find coffee (and each other!), giving feedback and planning breakfast meeting interventions.

Since returning I’ve stayed connected with the cohort at various events, structured meetings to help each other, coffees and dinners. One week in London has converted to a lifetime of mateship.

Did it transform the way I think?

An expedition is a good word to describe a Startup Catalyst mission because it is a journey of discovery for every participant. The mission impacted everyone differently and for me, it brought a self-acknowledgement that I can do whatever I set out to do.

I returned with a new-found confidence and resilience which has enabled me to push ahead with my business at a much faster rate. I’ve moved a long way from the early days when my Startup was Express2Fun and I was a charity-driven B2C app. I now head Wantu, a B2B2C product helping a range of corporations create positive social impact to support happy families across the globe.

I no longer shy from the “how can I help?” mantra of Startup Land as I’m now confident in my abilities and recognise that my experience and knowledge can add value. The word “I am just” doesn’t enter my vocabulary anymore.

So yes, I am changed (for the better) and have 10 kick-arse people to thank for it! There are not many better ways to re-program your thinking than with a pack of women who really did kick my arse when I needed it.

Tips for anyone considering the next Female Founders Mission

Since my return, I’ve helped other founders and people outside of the innovation sector in ways I wouldn’t have attempted before. So most importantly THANK YOU, Advance Queensland! I was fortunate to receive a funded place on the tour, having already expended most of my boot-strapped funds travelling to the US earlier in the year for a speaking gig, I could not have participated without the support of Advance Queensland and am very grateful.

Well done to the Startup Catalyst team who run a well-oiled machine, with a big heart. Startup Catalyst Missions take a huge amount of coordination, management and funding but bring a worthy ROI (return on investment) in the knowledge each cohort brings back to Australia. Hint for Aussie corporates, this is highly recommended as a professional development tool for your best people at any stage in their careers.